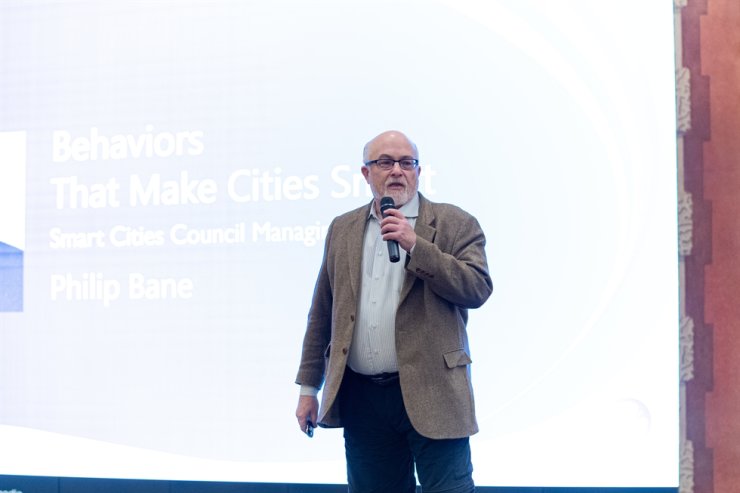 This article describes the Smart Cities Activator tool to allow cities at different stages of smart to learn from each other and help each other.

The “smart city” has become a trend among cities worldwide. It’s attractive not just because of a shiny exhibition of internet-of-things (IoT) technologies based on big data. Its pedestal element ― a smart, sustainable environment ― is considered essential to face the global threats of limited energy resources and climate change.

Many cities and states are seeking to adopt “smart city” principles. But how to achieve them remains difficult in light of available budget, local needs and existing technological infrastructure.

For them, the Smart Cities Activator is where the ice-break happens.

The online platform was launched in September by the Smart Cities Council, a Washington-based global network of universities, laboratories and standards bodies that tries to maximize the livability, workability and sustainability of a potential smart community.

The Activator is where cities come in, plan a project, publish its basic data ― its name, budget, responsible staff, when it will go to procurement ― and push that out to public exchange so other cities can see it. About 350 smart city projects have been registered on the platform and are being shared worldwide.

The Activator is available free for cities or states that participate in the Smart City Readiness Challenge, an annual competition hosted by the council for a specific region. The council evaluates participants with smart city projects and chooses winners for the honor of “most ready for a smart city.”

“It’s intended to be free for users so they can communicate with and learn from each other,” Philip Bane, the council’s Managing Director, told The Korea Times. He was in Seoul for the WeGO-ASCN 2019 Mayoral Conference, hosted by the World Smart Sustainable Cities Organization (WeGO). Representatives of Southeast Asian cities that form the ASEAN Smart Cities Network (ASCN) were invited to the conference at the Grand Hilton Seoul in the city’s Seodaemun District on Nov. 21.

“Cities want to hear from other cities,” Bane said. “You can go to workshops and conferences, but what if you could have Facebook for cities where everybody can come in for knowledge sharing?

“Say I am in Busan and I have a street light project and, oh, there are six cities in the United States that have done street light projects. I want to talk to them. Oh, I send an email. Pop, I am done. I get on the phone and we learn a little bit from each other. And it’s not a vendor, solution provider, financier, nor central government. It’s somebody else who has been in the same situation as I am. So that’s our No.1 goal with Activator, to get cities talk to each other.”

In August, the council inked a partnership with WeGO, an international association of around 190 cities, local governments, smart-tech solution providers and national and regional institutions, with the binding term that WeGO members use Activator to digitally engage with each other to boost the global growth of smart cities.

“It’s the platform where those who want to build a smart city but don’t know how can share related guidelines and best practices,” WeGO Secretary-General Lee Kyong-yul told The Korea Times.

The Korean cities of Seoul, Sejong, Goyang, Gwangmyeong and Hanam and the self-governing province of Jeju Island are among WeGO’s global members. Their planned smart city projects have just began data-inputting in Activator, according to Lee.

There have been four Smart Cities Readiness Challenges by the council ― the first two years in the United States and the following two joined by Canada and Mexico. The challenge’s winners so far have ranged from Racine, Wisconsin, with a population of 75,000, to the State of Virginia with 8.4 million people.

The winners receive the council’s coaching and network of smart cities experts to help them accelerate the impact of their initiatives.

This year’s winning communities out of more than 100 applicants were the United States’ Baltimore, Montgomery, Racine and San Diego and, the first Canadian city to win the challenge, Edmonton.

Selection was not just based on how advanced their IoT technologies and other smart, sustainable infrastructures were, but included the qualitative metrics of a city to become smart.

“We didn’t assess this year’s readiness challenge by sectors, like water, energy, built environment or whatever, because we don’t think that’s the right focus,” Bane said. “It’s not about whether you have a micro-grid or lots of public transportation. It’s more about what the governance processes of the city are like, say, for procurement, innovation and data, and how the city manages itself internally.”

The council, which had hosted the challenge for 25 cities in Australia, plans to host it in 2020 among countries in ASEAN, Asia and Europe. This is one of the reasons the council signed the partnership with the multinational WeGO.

Bane wished there could be a smart city readiness challenge for Korea. In that case, there are two possible winners, according to Lee ― Busan Eco Delta City and Sejong 5-1 Live Zone. Construction of a 30,000 household community in the southern port city of Busan started on Nov. 24. The Sejong project for an 8,000 household community starts next year.

“The two cities are exceptional among Korean smart cities candidates in that their stakes are shared by the central government, the presidential committee on the Fourth Industrial Revolution and the Ministry of Land, Infrastructure and Transport,” Lee said.

“But there are concerns the cities will get heated up to the point of drawing real estate speculation.”

Bane, whose organization has done 125 workshops worldwide in the past four years, said there are “surprisingly” the same problems with all cities around the globe trying to become smart and sustainable.

One is capacity development ― the ability to understand how to manage changes, including the changing needs of the population.

His example was refugee camps, like those in Myanmar and Turkey, which he said were among the fastest-growing communities in the world.

“One day you look out in the desert and there’s nobody,” Bane said. “The next day, there are millions. And some of them have been living in these camps for 20 years, longer than many of us living in cities. That’s actually the symptom of what’s happening in the cities. How to organize them? You cannot just rely on technology.

“If you think about it, the problems that we have around the world in terms of organizing human communities are capacity development. Do I understand changes that are occurring? Do I understand how to respond to them? Do I know when to or when not to use technology?”

Lee said many cities, unaware of their own capacity, consider the smart city as a global catchphrase and go for it without identifying why they need it or what they need to do.

TOPIS, Seoul’s sleek, real-time traffic and public transit monitoring system available in smartphone apps, requires a web of big data and other basic infrastructure but some cities without such preparation say they want the system, according to Lee.

“WeGO helps those cities identify their real needs by hitching them to industrial experts from the Seoul city government or its subsidiary organizations like the Seoul Urban Solution Agency or Seoul Digital Foundation,” Lee said.

The other problem, according to Bane, is financing. Some cities, because their smart city planning officials have only a limited number of years in office, don’t have a workforce that lasts long enough to understand the bids ― and don’t know how to create bankable plans or de-risk those plans.

“They don’t know how to put together all the information to bring in multilateral banks or central governments as a partner,” Bane said.

Lee was concerned that the bigger the financiers are, the more likely they are disinterested in small smart cities. That’s a problem for WeGO, whose member cities in many cases plan small-scale smart communities. They work in partnership with the Korea Green Growth Trust Fund, one of the World Bank Group’s Korean government-funded trust funds, and the Export-Import Bank of Korea.

“Financiers don’t approach benignly, showing interest only when the projects are worth at least $100-200 million or $1 billion,” Lee said.