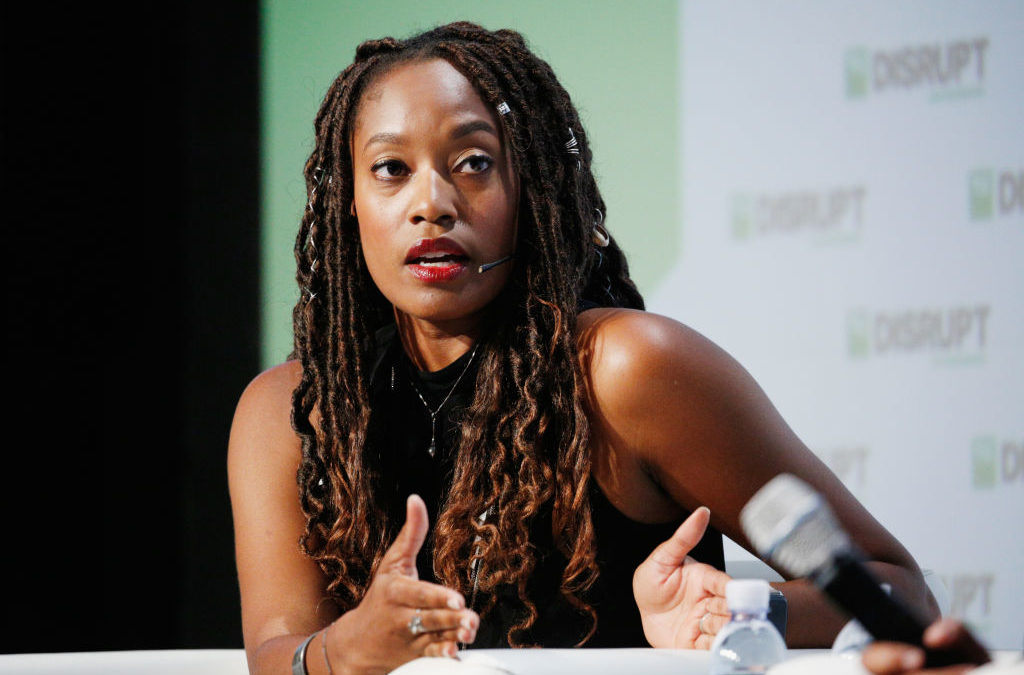 This is the key take-way:

“You need to learn how to grow a customer base and make money from them. That’s number one.“

Tell Us A Bit About Yourself?

So I’m Aniyia Williams, and I wear a couple of hats. One of them is being the executive director of Black and Brown founders. Which is how I spend most of my time these days – its a nonprofit that helps Black and Latinx people launch and build tech and tech-enabled businesses from the lens of doing that with modest resources. Our whole principle is pushing profitability over fund-ability and doing everything from the lens of if you never saw a dollar of investor money and you don’t come from a background where friends and family can write you chequecs, how do you then build a company from the idea stage to making your first dollars of revenue?

I’m also the founder of a company called Tinsel [which I started in 2014]; we make tech jewelry for women, including a necklace that transforms into headphones. I am also a co-founder of Zebras Unite, a community, and movement around building more ethical and sustainable startups in the tech ecosystem.

How Did You Get Involved In All Those Ventures?

I would start by saying that I’m a creator, I always have been. My background is actually in classical music. But I knew that I didn’t want to do that as a career. I wanted something a little bit more stable even though the irony of it is that now I do the most unstable work like ever [haha] being an entrepreneur and running a nonprofit.

But that first job I got out of college was working in the fundraising department for a nonprofit that was an arts organization called Wolf Trap Foundation in the D.C. area. I got to be around the arts which I love. They had a resident Opera Company there which also resonated with me a lot. But I got to help raise money for special projects like commissioning operas and you know contributing to their endowment fund.

I then met my now husband [who was my boyfriend at the time] Marco Rogers, and he is a Software Engineer. He got recruited to work at a tech startup in San Francisco, and we were like “we’re crazy young kids lets quit our jobs and move to Cali.”

I went to SXSW for the first time that year. And it was a very eye-opening experience. I was immersed in this world and thought, “This is cool, how do I find my part in this.”

I ended up making friends who connected me to a company called Voxer which makes a walkie-talkie app for smartphones [this was before WhatsApp]. I became office manager there. Within a few months, they had hired me full time to do community management. By the time I left to start my own company, I was on the executive team, running the marketing.

I had this idea [for Tinsel] that was burning a hole in my brain. I just hated digging my headphones out of the bottom of my bag finding this rat’s nest of wires. I spend too much time putting an outfit together. I wanted my headphones to be a piece of jewelry.

I told my CEO [Tom] that I wanted to leave. He was super cool about it. I told him… “but I do have this idea. Do you know any industrial designers”? He connects me with his friend Ed who loved the idea and was willing to coach me along. But first, I needed to know that ‘hardware’ is hard, it sucks, it takes forever, and it’s going to cost a ton of money. I’m the kind of person that if you give me a challenge, I have to prove to you that I can do it.

So I was off to the races with Tinsel.  With the money that I ended up raising from Tom, I was going to get a production-ready prototype for a crowdfunding campaign.

I took it as far as I go could without raising more money. However, the processes of raising more capital did not pan out the way that I had expected to. I pitched over 100 investors and landed two. Tom came in and did some more follow-on money after he saw I did the first group of things that people thought was impossible. And then Arlan came on board. I met Arlan along the way as she was starting Backstage Capital. We were both at the beginning of our journeys around the same time, and going through some similar experiences [which is interesting considering that she’s the one that sits on the other side of the table]. She was like a real believer. She tried to open up her network and decided to make things happen. She and Tom were both working hard to get people to see what was here and it came up dry, and so at one point I said, “look I’m going to do this.” When I started the company, I didn’t even know if this is possible, but I wanted to keep going until I hit an insurmountable obstacle. I wanted to see how far I can push this. And so knowing that the other investors weren’t going to come in like I was hoping, I started to figure out how to make it work with what I had. It was also with the help of my accountant and my co-founder Monia- who is also a friend of mine- that we were able to stretch the money we had as far as we did. And I mean when you think about the fact that we were able to get the product to market with less than half a million dollars for hardware its unheard of.

I joined the code 2040 entrepreneur in residence program in 2016.

I now had access to way more founders that looked like me and I got to hear stories from all over the country. That gave me the data points to see that this is not just me. I’m not a person with a bad idea who can’t execute; people are just not cutting black and brown people cheques.

I started to realize statistically its just true; we are not getting funded.

Was That What Led To Black & Brown Founders Thesis About Focusing On Profitability?

There are a lot of people out there working to get them [founders] in front of the investors, helping with their pitch game, or working to get more investors of color on the other side of the table. I think these are all worthy efforts. For us I felt like the thing that was missing was the part I experienced which is, what if you don’t get the money, what’s your plan. At the end of the day, your company is here to make money. I think the most valuable thing that we need to be teaching black and brown founders is how to make money, and how to turn your idea or your most valuable skill set into cash that you can build a profitable business off. That’s why I tell people we teach black and brown people alchemy…

It’s not the end all and be all, and I think that we often forget because in Silicon Valley the narrative revolves around investors, we put them on a pedestal. To me, it’s a very narrow way of financing a business. That’s what it is; it’s business, it’s a way to fund your business.

How do we get people instead to focus that energy on getting customers to write them cheques because ultimately those are the ones they really need to convert anyway.

Advice For First-Time Founders Of Color?

OK, I’m going to say one at the end of the day we’re all here to make money. Right. I think that my first thing would be to say don’t make fundraising your business model. You need to learn how to grow a customer base and make money from them. That’s number one.

Number two I’m going to say-  take care of yourself. There are no prizes for pulling all-nighters and running yourself into the ground working 80 hours a week, no one’s going to hand you a trophy for that. So I’m going to say that the second thing would be like make sure that you’re making time to take care of yourself and resting and giving yourself a break. It’s hard work, but it’s a marathon, not a sprint.

My third thing would be to find your tribe. I think that this journey is so hard and can be so lonely and isolating, having people that you feel you can relate to what you’re going through. Like other founders or especially communities of founders. I think that the information exchange from trusted people is just so hugely valuable. And also someone who you can vent. There will always be a crisis; you want somebody that you feel can understand and that you can talk to.

Where Can We Find You?

They can find me on Twitter is the easiest thing on @operaqueenie. Check out Black and Brown Founders at blackandbrownfounders.com. We’re also @BBFounders on Twitter. And yeah come to Project NorthStar. It’s going to be so dope. We’re going to have all these wonderful, amazing talented black and brown people talking about tech, working in tech, building tech companies. We’re making our own little Wakanda in October in Philly.