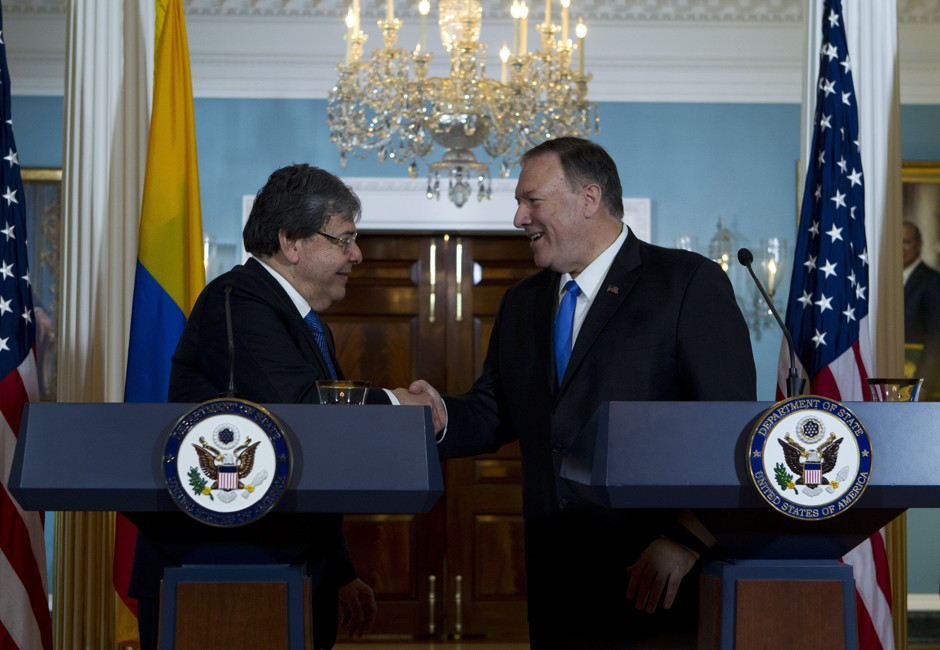 In other OPINION posts in this blog, we have suggested that the very marked trend toward urbanization world-wide will reposition cities in relation to countries as significant entities in the organisation of world population. Cities were the units of importance befor the rise of the nation state. We will not return to that same situation, but the role of cities in shaping the policies that really count for mankind will become increasingly vital.

If the City and State Diplomacy Act becomes law, the Office of Subnational Diplomacy it creates would give cities a formal role in U.S. international diplomacy.

A new bipartisan bill introduced to Congress this year would allow cities and states to have a greater voice in diplomatic missions abroad and, more broadly, the international policy-making process. This is particularly timely given that our national government, and indeed the national governments in many nations, are reneging on their responsibility to adequately represent their citizens’ interests abroad and to find solutions to our shared global challenges, all of which are most intensely experienced in cities.

If passed, the City and State Diplomacy Act would create an Office of Subnational Diplomacy within the U.S. State Department. The Office would generate exchanges and cooperation agreements between subnational U.S. leaders and their foreign counterparts; promote trade and investment in the U.S.; maintain and work with international networks; coordinate resources; and help generate and execute global subnational agreements with foreign countries. This is especially useful given that, in the current political climate, foreign partners increasingly view engagement with U.S. mayors and governors in the U.S. as essential to maintaining support for issues including free trade, human rights, and climate initiatives.

Our global problems  cannot be solved by just one actor—nation states. This arrangement no longer makes practical or political sense.

Supporters of the bill expect that this office will have a positive effect on trade, environmental issues, and tourism, among other areas, and be advantageous not only for the national government itself, but for a broad array of non-state actors, including businesses, entrepreneurs, civil society organizations, and universities. The mere existence of such a bill recognizes the fact that the key problems of the 21st century are trans-border in scope and in need of multi-stakeholder attention and participation.

Migration, inequality, climate change, terrorism, infectious diseases: all of these are most directly experienced in cities, where local leaders are expected to act and work toward solutions. As mayors around the world realize that their national counterparts are not going to locate solutions for them, they are proactively reaching out to other local, regional, and national officials around the world to compare best practices and discuss obstacles to success. In some cases they are going further: they are negotiating and signing trans-border agreements, forming international coalitions, and lobbying for certain policy changes at the United Nations. In a word, cities are engaging in diplomacy, something traditionally performed by nations alone.

The Trump administration’s recent withdrawal from the Paris Climate Accords, an agreement that took over a quarter of a century to negotiate; the UN Security Council’s recent failure to condemn Turkey’s military incursion in northern Syria despite objective evidence of an impending humanitarian crisis; and the increasing amount of time it takes nations to condemn the most unquestionably condemnable acts such as North Korea’s routine missile launches; prove that the traditional levers and institutions of international diplomacy are broken. Partisan deadlock, democractic decay, ideological inflexibility, growing distrust, and power politics all make nation-states often unwilling or unable to cooperate or compromise.

As a result, cities are moving ahead and forward on their own, with or without the support of their national governments. Many cities and states around the world have set up offices of international affairs in order to reach out to foreign actors, including other foreign nations, and to advertise their willingness to work together on international issues and trans-border problems. This is especially common in Europe, where the E.U. actively promotes the concepts of subsidiarity, decentralization, and local autonomy. In other cases, cities and states are, on a more ad hoc basis, creating alliances and engaging in joint projects with foreign nations. For example, former California Governor Jerry Brown recently created the California-China Climate Institute, based out of the University of California, Berkeley’s School of Law, and the College of Natural Resources, which connects leaders in California with top Chinese officials in order to work together on climate solutions.

Though less common, some nations actively support the active involvement of cities in their foreign affairs by setting up permanent offices or creating formal channels within the national government bureaucracy. These platforms provide subnational actors, including cities and states, with opportunities to engage in international diplomacy in collaboration with their national leaders. This occurred during the Obama Administration when a special representative position was created within the U.S. State Department with the specific task of cultivating strategic relations between U.S. cities, states and foreign counterparts. While the office was short lived, lasting from 2010-2013, special representative Reta Jo Lewis negotiated a variety of historic agreements that helped to solidify subnational cooperation between the State Department, U.S. cities and the countries of Brazil, Russia, China, and South Africa, among others.

Cities, in particular, are taking the lead in ushering in an organically evolving new “networked” world order, where NGOs, community activists, private corporations, non-national states, and other stakeholders all collaborate and offer their unique perspective to locate solutions to our common problems. No longer can our global problems be solved by just one actor—nation states. Our world has moved beyond the days when this arrangement made practical and political sense.

For all of the reasons enumerated above, subnational actors, including cities and states, are increasingly relevant, indeed critical, to solving the global challenges that confront us today. National governments can choose to work with or against them, but recent history proves that cities and states will move forward and upward with or without them.

Chrystie Swiney is an international lawyer, political scientist, and legal scholar with graduate degrees from Harvard Law, Oxford, and Georgetown. She is the Doctoral Research Fellow for the Global Cities Initiative at Georgetown University.

Sheila R. Foster is the Scott K. Ginsburg Professor of Urban Law and Policy at Georgetown Law Center, and a professor of public policy at the McCourt School of Public Policy.