Concentration in the Autonomous Driving space 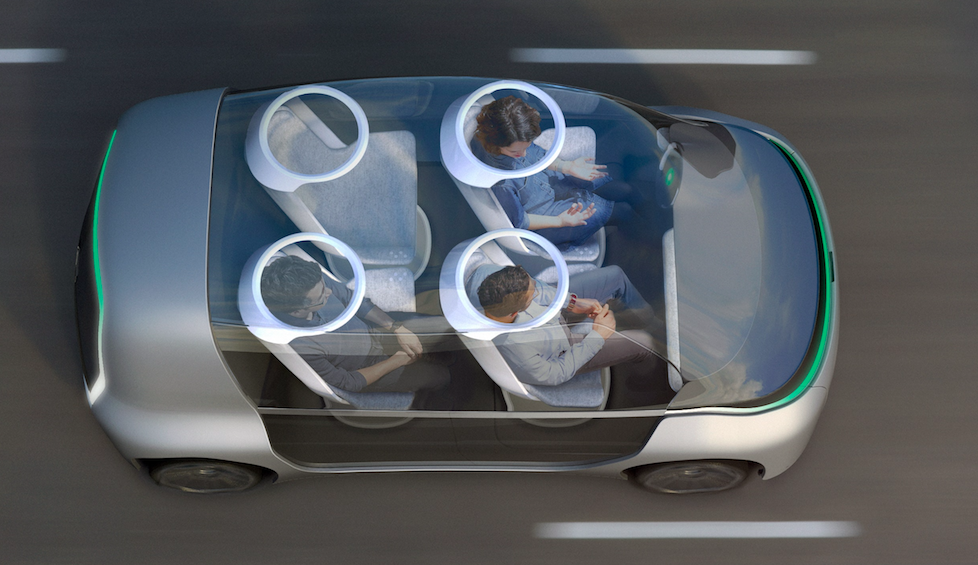 This article written by a specialist, Marc Amblard, shows how the many initiatives to develop autonomous driving solutions have a long payback perspective at best and how this is leading to concentration of the existing players.

Wave of Concentration in the Autonomous Driving Space

Billions are being invested in autonomous vehicle (AV) tech each year. However, the general consensus is that the revenue growth curve expected from AVs is not as steep as anticipated a year ago, at least for the next 3-5 years. In addition, the global automotive market started to slow down in 2018, affecting mainly the lucrative Chinese market, and the probability for a global recession in the next 12-18 months is increasing. This uncertain situation is forcing all players to lower their breakeven point while continuing investing in autonomous mobility, as no one can afford to lose track of the long term.

As a result, the rate of partnerships and — to a much lesser extent — acquisitions has picked up significantly in the past 12 months. Some of these deals are not only massive in value and far reaching, but they also bring about unexpected collaborations. They are aimed at sharing the financial burden and the associated technological and business risks.

The first applications of AV tech will be for autonomous MaaS, i.e., shuttles and robo-taxis. Passengers won’t care much about who developed the AV solution — you don’t choose the brand of your shared ride, much less its steering or braking system. Safety will be THE common and core characteristic of all approved AV solutions, and will be defined by validation procedures yet to be specified.

There is little justification for 3D/HD maps, sensor fusion, perception and prediction modules, or simulation and validation tools to be unique to each OEM. Even things like the system’s ability to understand the intentions of other road users, e.g. a pedestrian’s intent to cross the street or not, will likely have to become integral to all AV solutions.

However, path planning and actuation may eventually be sources for some differentiation, thus requiring settings that can be tuned late in the development process for Level 4 AVs targeting the general public. For instance, the distance at which the tech can detect and classify an object may become a differentiator, as it will define the maximum possible speed.

Nevertheless, the common denominator for AV solutions serving the industry still represents the majority of the task on hand, justifying a concentration of efforts across the industry.

After 25 years in the automotive space, I would not have predicted the sort of partnerships we are seeing today between historic competitors.

The broadest and deepest such partnership is probably the one just announced betweenVW Group and Ford. It leveraged Ford’s 2017 $1B commitment to Argo AI and VW massive investment in electrification, while building on a previously announced collaboration in commercial vans and pickups. The two companies will be equal shareholders of Argo AI, valued at $7B. VW will contribute $1B in cash plus its Autonomous Intelligent Driving unit (AID, valued at $1.6B), which becomes part of Argo AI, bringing the consolidated AV team to 700 people.

BMW, Daimler and Audi gave the market an advanced signal of this recent wave. In 2015, they jointly acquired mapping company Here Technologies for 2.8B€ in 2015 from Nokia, recognizing the need to secure a choice for future maps, including AV-critical 3D/HD maps.

Last year, the Renault-Nissan-Mitsubishi Alliance and Daimler announced a partnership to develop AV tech and mobility services. However, it is doubtful this will survive the more recent announcements made by both parties. Whereas the Alliance announced last month a collaboration with Waymo (more below), Daimler recently signed a separate deal with BMW. The two fierce premium competitors will jointly develop AV tech with the aim to deploy a Level 4 solution into private vehicles by 2024, starting with a 120 people-strong team. As a reminder, the two German OEMs brought their shared mobility operations, Car2Go and ReachNow/DriveNow, in a 50/50 JV named ShareNow last year.

If Nissan and Honda have struck their own deals, Toyota has somewhat consolidated the rest of the Japanese auto industry around Monet, the JV it created in 2018 with SoftBankwith the objective to develop autonomous mobility as a service (MaaS). Hino Trucks, Subaru, Suzuki, Mazda and Honda recently joined Monet.

The above collaborations are typically non exclusive, as clearly stated for the Ford-VW, Daimler-BMW ones. This leaves the door open for the few remaining OEMs that will wake up late.

The automotive industry has become extremely efficient, thanks in part to its well-oiled tiered organization. Tier 1 suppliers are certainly doing what they can to protect their strategic roles and scope. They certainly know OEMs and their processes best. They also have a strong role to play in hardware design and manufacturing (sensors, actuators, compute to a lesser extent) and possibly as solution integrators — though OEMs will likely do this on their own. However, they are mostly deficient in terms of the skill sets and agility necessary to develop AV software.

In 2016, BMW initiated with Intel/Mobileye, an alliance to develop AV tech with the objective to put it into production by 2021. Delphi, Continental, Magna and FCA joined the group until the door was closed in late 2017. Given the other collaborations announced since and the lack of commutation by the members of this alliance, it is not clear whether it is still active.

In 2017, Volvo Cars and then Autoliv (now Veoneer) established Zenuity, a 50/50 JV tasked with developing AV tech and Advanced Driver Assistance Systems (ADAS). Similarly, in 2018 Toyota set up a JV with Denso and Aisin to develop AV software, and just recently another one just with Denso focused on an AV chip.

BMW and Aptiv have been operating a pilot with 30 vehicles in Las Vegas, carrying over 50k passengers through the Lyft app since the project launched in January 2018. Also building on strong OEM-Tier 1 relationships, Daimler and Bosch plan on running a Level 4 AV pilot in urban environments in Silicon Valley in H2 2019.

Several Tier 1 suppliers are making significant efforts to acquire the software and AI expertise necessary to develop AV tech, sometime spinning off businesses to gain the necessary agility and long term perspective, like Veoneer from Autoliv, or Aptiv from Delphi.

The Old and the New: OEMs-Tier 1s + Tech-native companies

Tech giants and startups have it easier that incumbent industry players to establish the skill sets and culture necessary to develop AV software, and to a lesser extent advanced sensors such as Lidars. This may also true for the integration and testing of the complete AV stack. This explains why some players have made significant progress and could gain a strong foothold in the market.

Waymo is probably the most visible with its 10 years of history in the field, 10M real life AV miles and 10B simulated AV miles. The tech giant has partnered with FCA and JLR, at a minimum to bring their retrofitted vehicles to its fledging mobility service fleet, which has been operating commercially since late 2018 in Phoenix. Waymo also just announced a collaboration with the Renault-Nissan-Mitsubishi Alliance to study the technical, regulatory and business aspects of autonomous MaaS.

Thanks to its broad scope including vehicle assembly, Magna is engaged at various levels. This includes vehicle adaptation for Waymo, AV tech development and deployment with Level 5, Lyft’s AV tech team, and Lidar supply using tech from Innoviz.

Chinese web giant Baidu has created Apollo, an ecosystem with over 100 partners — such as Honda, Toyota, BMW, Daimler, VW, Intel, Nvidia, … and many Chinese companies — that develop open source AV software and compute hardware. Uber ATG, the ride hailing firm’s AV development arm, is collaborating with Volvo and more recently Toyota from which it received $670M (collectively with Denso) earlier this year at a $7B valuation.

Nvidia is working with many OEMs and Tier 1 suppliers engaged in AV development, leveraging its advanced its GPUs, AV compute hardware and development tools. Intel, through Mobileye which it acquired for $15B in 2017, is working closely with many OEMs on perception for ADAS tech (40M vehicles equipped) and with BMW and VW on a full AV solution.

In addition, multiple collaborations exist between OEMs/Tier 1 suppliers and various AV-related startups across the AV spectrum, including the software stack, localization and mapping solutions or sensors — in particular Lidars. For instance, Aurora Innovation is developing AV tech for Hyundai, FCA trucks and Byton. Several OEMs and Tier 1 suppliers have also made financial investments in many such startups.

We are now far from the classic supply structure of the automotive industry. Incumbents, whether OEMs or suppliers, work directly with tech companies of all sizes in search of the optimal way to develop AV solutions.

We can also observe nontraditional automotive players opting for a full stack solution on their own. This is a case for Tesla which is developing not only the software but also the AV compute hardware for their vehicles. Also based in Silicon Valley, Zoox uses the $800M+ raised so far to design and build AVs with the plan operate an autonomous MaaS with them, with a pilot in 2020.

As far as Apple is concerned, it is unclear what their plan is. They have registered the largest fleet of AV test vehicles in California and just acquhired AV software developer Drive.ai. Talking about consolation, Uber ATG just bought simulation data annotation startup Mighty.ai. We should expect more consolidation (or closures) on the startup side as many AV software or Lidar companies will not be able to raise sufficient capital to go the — unknown — distance.

When Google-X (now Waymo) started to bet big on AV tech in the early to mid 2010s, it triggered a wave of initiatives and investments, both at incumbents and in startups. Now that we have passed the peak on the AV hype curve, a concentration of efforts is justified. It is also necessary as incumbents must tighten their belts to weather a downturn and to invest in electrification, a move regulators around the world is rightfully forcing them to make.

A few major concentration hubs have emerged in the last year or two. We should expect these hubs to absorb smaller, specialized players which will bring very specific tech, whether software or hardware. I also expect these hubs will continue growing in size as the task on hand remains massive and we are still years away from delivering Level 4 solutions for all, a holy grail the industry will continue to work towards.

Marc Amblard is the Founder & Managing Director of Orsay Consulting. Based in Silicon Valley and dedicated to the mobility transformation, Orsay Consulting provides startup and tech scouting as well as advisory services to corporate clients, and advises startups on product-market fit, go-to-market strategy, business development and partnerships.