Virgin Hyperloop One wants to link cities in megaregions 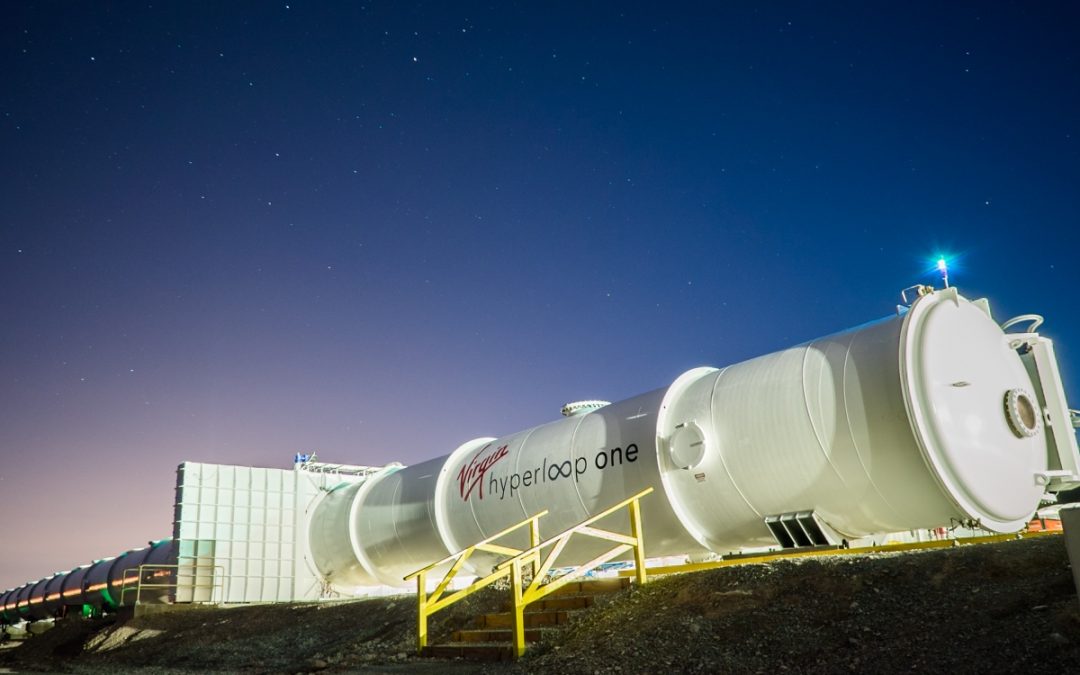 ↑  Richard Branson believes we could see a hyperloop in the US in years, not decades

To be sure, and unlike what took place for the introduction of free-floating e-scooters, initiating a Hyperloop test line and then more general adoption will require tight, upfront collaboration between Hyperloop Solution companies, like Virgin on the one hand and City, State & Federal governments on the other.

Virgin Hyperloop One kicks off US road trip

The mass transportation system, Virgin Hyperloop One (VHO), has embarked on a summer roadshow, showcasing its XP-1 vehicle to cities around the US. The tour includes visits to Ohio, Missouri and Texas where there are feasibility studies taking place.

It kicked off on Capitol Hill in Washington DC, presenting the technology and viable routes to members of Congress and federal stakeholders at its event Hyperloop On The Hill.

It wants to build on the momentum from US secretary of transportation Elaine Chao’s newly formed Non-Traditional and Emerging Transportation Technology (NETT) Council to support new and innovative transportation projects like hyperloops and self-driving cars.

“By working even more closely with federal partners to implement technologies like hyperloop, the Midwest Connect Corridor could knit together a megaregion from Chicago to Columbus to Pittsburgh”

The vision of the NETT Council is to develop and establish department-wide processes, solutions, and best practices to identify and manage non-traditional and emerging transportation technologies and projects, to provide assistance to local and state governments, and to conduct research to better understand the safety and regulatory needs of these technologies.

“We are seeing growing interest and excitement in the hyperloop vision from across the United States at both local and federal level,” said Sir Richard Branson, founder of the Virgin Group. “I believe we could see a hyperloop in the US in years, not decades.”

Hyperloop On The Hill offered an inside look at current US developments, including in Ohio, Missouri, Nevada and Texas, and provided an update on making these projects a reality:

The organisation also currently has projects underway in India, and the United Arab Emirates.

“We are seeing growing interest and excitement in the hyperloop vision from across the United States at both local and federal level I believe we could see a hyperloop in the US in years, not decades.”

“Our region is at the forefront of new mobility technology with the smart city efforts of Smart Columbus, building and testing transportation technology, and planning a hyperloop corridor,” said William Murdock, executive director of the Mid-Ohio Regional Planning Commission (MORPC).

He added: “By working even more closely with our federal partners to implement emerging technologies like hyperloop, the Midwest Connect Corridor could knit together a megaregion from Chicago to Columbus to Pittsburgh. Doing so could improve the corridor’s global competitiveness, workforce opportunities, and quality of life for all three metro areas. That’s why we are excited for the NETT Council to develop and extend this smart transportation vision nationally.”

Virgin Hyperloop One has successfully operated a full-scale hyperloop vehicle using electric propulsion and electromagnetic levitation under near-vacuum conditions, realising a fundamentally new form of transportation that claims to be faster, safer, cheaper, and more sustainable than existing modes.