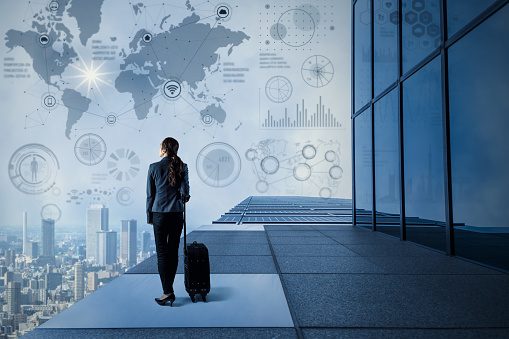 Yes, starting from the needs and wishes of citizens, building engagement and then turning to technology to design solutions, is the right way to do it

Philadelphia is on a mission to build smart city initiatives that are driven by constituent need, not technology novelty.

For cities like Philadelphia, smart city initiatives open doors. These smart city projects upgrade aging infrastructure, address inequity and promote innovation. But before they can deliver on benefits, experts say, cities often need to do some difficult foundational work.

Emily Yates, smart city director in Philadelphia, said that, to be successful, smart city initiatives require governance of data, among other things, and stronger collaboration among the participants.

Smart cities usher in rich data from projects such as trash collection and public transportation planning – but the data can’t offer full value if it’s is trapped in silos and sequestered in departments. Many cities see the need to break down these walls so departments can better access data and even work collaboratively on projects.

“I’m working to break down interdepartmental silos,” Yates said. “We want to understand how departments are collecting data, and better share data among departments.”

Yates hopes to combine automatic vehicle location (AVL) data with location data from buses, for example, to prevent trash pickup from disrupting commuter schedules. She has explored how to connect the dots on such siloed city efforts so that projects can amplify departmental efforts rather than work at cross-purposes.

“Can we take our AVL data on trash trucks and overlay it with transportation data so trash collection doesn’t happen during key commuting times?” Yates said. “We are starting to have conversations about how to combine these sources.”

[Editor’s note: It’s just for this kind of data integration project that Emily Yates has been nominated for the Internet of Things World 2020 Leader of the Year award, which recognizes executives whose outstanding leadership has resulted in the success of IoT in their businesses and beyond.]

That data can be sent to the city’s data warehouse, DataBridge, to be centralized, shared among and analyzed within departments. Centralization enables departments to work in tandem, but it brings challenges. The city needs to focus on data governance as well, ensuring that the data is clean, valuable and accessible to all departments once its integrity is established.

“Right now, we’re setting up the governance,” Yates said. “It’s not sexy, but it’s critical for next steps.”

In the spring of 2019, after two years of development, the city released the SmartCityPHL Roadmap, which consists of three underlying policy guidelines for smart city development:

Just as the city wants to capitalize on interdepartmental collaboration, it also wants to exploit opportunities for public-private partnerships with key vendors such as Comcast, which has created an institutional network that has boosted network speed, reduced costs and helped to provide access in some 80 public parks and recreation centers. Yates said there is much more opportunity to garner from working with private entities such as Comcast.—

But just as cities want to tap private industry to help defray the cost of public projects, they need to take a disciplined approach to smart city project development. City planners and smarty city strategists should stay mindful that technology is a key tool in the toolbox. But no smart city project can benefit from starting with the technology rather than the problem to be solved.

Philadelphia has established a pitch-and-pilot strategy to prevent vendors from approaching business units with technology rather than starting with the city’s problems.

“Business units are approached by vendors who are saying, ‘We have a solution,’” Yates said. “We wanted to flip the switch on that and say, ‘We are connecting with the community. These are the municipal challenges we have.’” That way, Yates said, the city can identify potential technology solutions through a pilot phase and see whether its capabilities bring solutions.

Otherwise, technology and providers drive the city road map rather than policymakers and constituents. The result may be to augment existing problems, such as digital inequity. “We certainly have issues of digital inclusion and access,” Yates said. “Twenty-five percent don’t have access to the internet.” She said the city wants to ensure that shiny, new technology pitches don’t prevent policymakers from focusing on the key objectives. “We don’t want to back into solutions,” Yates emphasized.

Yates’ ultimate goal is greater engagement with constituencies. According to research, engaging with the community is a key pillar of success in smart city initiatives.

“We want to better engage with our community and create trust and transparency as we do so,” Yates said.

“We want to better connect to our communities that don’t speak English that should have access to city services but don’t because of translation challenge,” Yates said.

The city is looking to incorporate American Sign Language and translation services into its customer relationship management (CRM) system so that all transactions can be captured and completed in the language of constituents’ choice.

Yates acknowledged that translation and data capture present trust issues for these same constituents. “Even if you have it, the community might not want to use it,” she said. But the hope is that constituents’ ability to communicate in the language of their choice will help build trust in city services more broadly.