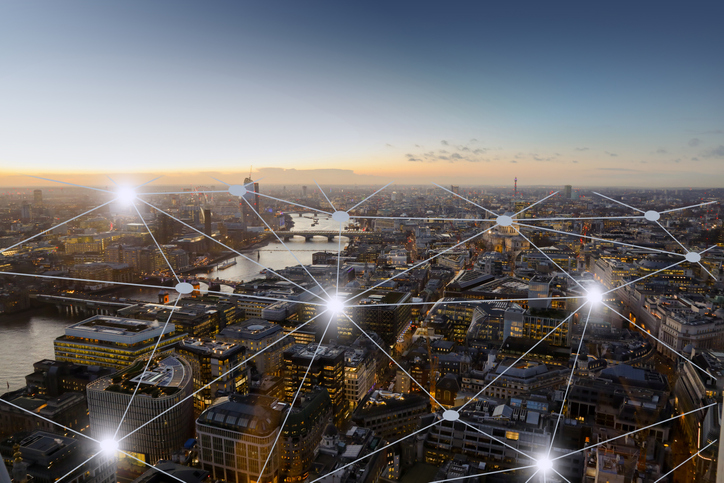 ↑  A new breed of hyper-connected cities are sharing data in ways that were not possible before.

These positionings and rankings of Smart Cities often gauge critera that are external to the perceptions & satisfactions of the stakeholders (“citizens” or perhaps better decomposed into inhabitants, busineses, commuters and visitors).

One organisation, RESONANCE  does this in an initiative they call World’s Best Cities :(go to: http://resonanceco.com/)

Melbourne has outranked Sydney in comparison of smart cities around the world, and is receiving more return on its investments through its smart city initiatives.

The Building a Hyperconnected City report from cloud platform Oracle and economic and urban research consultancy ESI ThoughtLab surveyed 100 cities across the US, Asia Pacific, Europe, the Middle East, Africa and Latin America.

Singapore topped the list as the world’s most advanced smart city, followed by Hong Kong. Melbourne came in sixth place over all, with Sydney in 11th place.

Global director for Smart Cities at Oracle Susan O’Connor said Melbourne ranked highly in all categories, including sitting at the top of the ladder for Public Safety and second in Tech and IT Infrastructure.

“This means they have the necessary infrastructure in place to get the return on their investments,” she told Government News.

The study found that as cities become more connected, their return on investment grows because it fuels a cycle of economic, business, environmental and social gains, which in turn attract more business and talent.

Cities just starting out on the smart city journey could receive a return of 1.8 per cent for “implementers” and 2.6 per cent for “advancers”. Hyper-connected cities, on the other hand, could see a 5.0 per cent boost.

Implementers are defined as cities that are in the process of developing urban interconnection while advancers are further along the road to interconnectivity.

This can translate into returns ranging from $19.6 million for implementers, $40.0 million for advancers and $83 million for hyper-connected leaders.

“The key piece to determining whether you’re going to start gaining ROI is whether you have a data platform in place to aggregate and collect and integrate, and turn the data into information and make it accessible,” she said.

“If they’re not doing that, they’re probably not getting the return of investment that they could be.”

Connectivity to a whole new level

The study found that data is at the core of successful smart city innovation, and that being a smart city alone is not enough anymore.

The term ‘smart cities’ has been used to define cities that are deploying the best technologies, such as artificial intelligence, using the cloud and the Internet of things, however, Ms O’Connor believes that this only gets them to a certain point.

A hyper-connected city is sharing data in ways that was not possible before, and moving it efficiently between different entities.

“They’re harnessing data from the urban ecosystem, that could be hospitals, transportation or law enforcement,” Ms O’Connor said.

“It’s taking connectivity to a whole other level. It’s not sufficient to just have the advanced technology; it’s about the application of it, particularly in connecting with individuals and institutions.”

There are also internal and external metrics to determining the success of harnessing data.

“The study shows that operational gains deliver a lot of impact for the government, so that’s an internal metric, and then the external can be things like citizen satisfaction or business and community improvement,” she said.

”Ultimately the idea is to make the city easier to do business with, and make it easier for any one of us to communicate.”

However, certain challenges arise from this use of data, and one of them is cybersecurity.

“That is something that cities need to think about throughout the entire process and not towards the end of any kind of project,” Ms O’Connor said.

“It just became really clear (from the study) that if you don’t do that right, it’s a very very expensive mistake.”

Communication is also an important factor.

“It is not enough to wire things and start collecting data and rolling out services, there is a communications element,” she said.

“They need to let their business partners know, to let the people who live and reside there know what they’re doing.”