The importance of Imagination 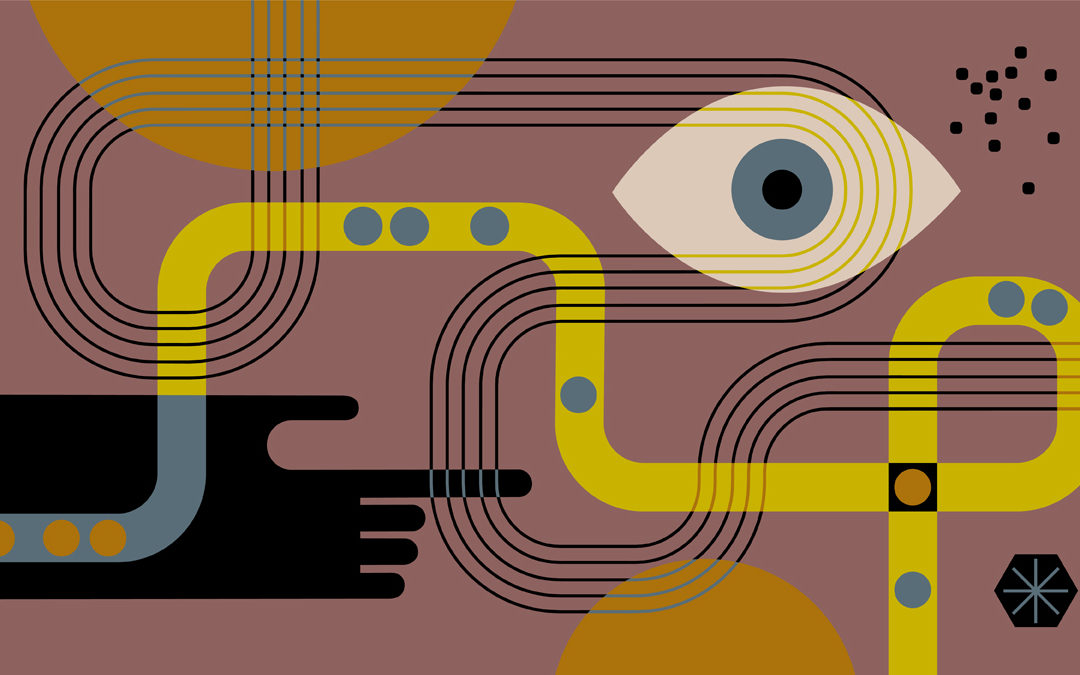 Before the onset of the Covid-19 epidemic, we were all aware that our models for living and working on this planet in society and in our organisation were not sustainable.

Today most are aware that we will not be able to restart as before and need therefore to reinvent to a greater or lessor degree our ways of working and being. To do this vision and imagination are essential and this article provides some clues on how to proceed.

We Need Imagination Now More Than Ever

The idea of “crisis management” requires no explanation right now. Something unexpected and significant happens, and our first instincts are to defend against — and later to understand and manage — the disturbance to the status quo. The crisis is an unpredictable enemy to be tamed for the purpose of restoring normality.

But we may not be able to return to our familiar pre-crisis reality. Pandemics, wars, and other social crises often create new attitudes, needs, and behaviors, which need to be managed. We believe imagination — the capacity to create, evolve, and exploit mental models of things or situations that don’t yet exist — is the crucial factor in seizing and creating new opportunities, and finding new paths to growth.

Imagination is also one of the hardest things to keep alive under pressure. Companies that are able to do so can reap significant value. In recessions and downturns, 14% of companies outperform both historically and competitively, because they invest in new growth areas. For example, Apple released its first iPod in 2001 — the same year the U.S. economy experienced a recession that contributed to a 33% drop in the company’s total revenue. Still, Apple saw the iPod’s ability to transform its product portfolio: It increased R&D spending by double digits. The launch of the iTunes Store (2003) and new iPod models (2004) sparked an era of high growth.

With imagination, we can do better than merely adapting to a new environment — we can thrive by shaping it. To do this, we need to strategize across multiple timescales, each requiring a different style of thinking. In the current Covid-19 crisis, for example:

In other words, renewal and adaptive strategies give way to classical planning-based strategies and then to visionary and shaping strategies, which require imagination.

We recently surveyed more than 250 multinational companies to understand the measures they were taking to manage the Covid-19 epidemic. While most companies are enacting a rich portfolio of reactive measures, only a minority are yet at the stage where they’re identifying and shaping strategic opportunities.

We have written elsewhere about what the post-Covid reality is likely to look like and how to discriminate between temporary and enduring shifts in demand. But how can companies avoid having imagination become the first casualty of the crisis?

How to Develop Your Organization’s Capacity for Imagination

1. Carve out time for reflection.

Crises place heavy demands on leaders and managers, and it is easy to lose the already slim time we might have for reflection. But we won’t see the big picture, let alone a shapeable picture of the future, unless we stand back and reflect.

Most of the time in business we operate with our instinctual “fight-or-flight” nervous system that evolved to help us in high-pressure situations, like running from a predator. This system narrows our focus. But less emphasized is the parasympathetic, or “rest-and-digest” system, which evolved to manage mental and bodily operations when we are relaxed. We can imagine in hunter-gatherer days, the mental intensity of the hunt, followed by time back at home, reflecting on the day’s stories, perhaps imagining how to hunt better.

We need to create the equivalent rhythm of action and reflection in business as we navigate this crisis. Ways to switch off the fight-or-flight mode and support reflection include:

In a crisis, we likely won’t have immediate answers, and we therefore need to employ good questions. The most natural questions in a crisis tend to be passive, for example, “What will happen to us?” However, the possibility of shaping events to our advantage only arises if we ask active questions, such as “How can we create new options?”

Creativity involves reaching beyond precedents and known alternatives to ask questions that prompt the exploration of fresh ideas and approaches.  Some good questions to ask in the Covid-19 crisis might include, for example:

3. Allow yourself to be playful.

Crises require a goal-driven and serious response. However, in times of stress, we tend to overlook the important human capacity of play to temporarily forget about goals and improvise. Biologically, play can be characterized as de-risked, accelerated learning. For example, juvenile animals’ mock fighting is highly effective preparation for real combat.

In unprecedented, rapidly changing situations, play is a critical capability. As well as providing some much-needed stress relief — how many of us are currently working from dawn to dusk? — play can end up being, counterintuitively, very productive. We can make interesting, new connections between ideas when we allow ourselves to loosen up from our regular, goal-driven, laser-focused, instrumental approach.

“Creativity is the rearrangement of existing knowledge into new, useful combinations,” Jorgen Vig Knudstorp, chairman of the LEGO Brand Group, told us. “Just like playing with LEGO Bricks, this can lead you to valuable innovations — like the Google search engine or the Airbnb business model.”

Sometimes nothing immediately useful will come of play, but playing at least allows us to practice imagining, improvising, and being open to inspiration — all important skills when navigating the unknown.

4. Set up a system for sharing ideas.

Someone, somewhere in your organization is likely being forced by circumstances to experiment with new ways of doing things. The imaginative corporation picks up, codifies, and scales these innovations.

Imagination doesn’t just happen on an individual level. Ideas evolve and spread by being able to skip between minds. Companies need to facilitate collective imagination. The key to this is allowing new ideas to be shared while they are still in development: creating forums for people to communicate in a casual way, without hierarchy, reports, permissions, or financial justifications.

Conversely, the way to kill imagination and the spread of ideas is to construct non-communicating functional silos and to induce fear of not meeting the bar for “sensible” suggestions. In the name of “practicality” or “common sense” many ideas are rejected without being explored. But it is hard to distinguish ideas with no eventual merit from those which are merely unfamiliar, undeveloped, counterintuitive, or countercultural. In a situation where there are no easy solutions, we need to open up rather than constrict the funnel for new ideas.

Every corporation had entrepreneurial beginnings. But successful corporations that have honed a stable, profitable, business recipe forget the messy, imaginative origins of the ideas upon which they were founded. Now is not the time for only executing a practiced recipe. We are facing a historic discontinuity, requiring entrepreneurialism and creativity.

5. Seek out the anomalous and unexpected.

To solve tough new problems, look externally. Examine accidents, anomalies, and particulars, and ask: “What doesn’t fit here?” Digging into what we find will prompt reframing, rethinking, and the discovery of new possibilities.

In the current situation, we might ask, for example, why have some countries like Japan, China, and South Korea been able to break away from an exponential infection pattern? Or why are some cities suffering more than others? Or why apparently similar strategies gave different results in different places? Or what stopped us from being prepared for this crisis in spite of MERS, SARS, Ebola, and other ominous precedents?

Although a crisis stretches our resources, it is important to encourage experiments — even if only on a shoestring budget. Natural systems are most resilient when they are diverse, and that diversity comes from trying new ways of doing new things. Our ideas only become useful if they are tested in the real world, often generating unexpected outcomes and stimulating further thinking and new ideas.

For example, Ole Kirk Christiansen, the founder of the LEGO Brand, originally made homes and household products, such as wooden ladders and ironing boards, until the Great Depression of the 1930s forced him to experiment, and he tried building toys. This turned out to be a successful move at a time when consumers were holding back from building homes. After examining the international toy market, which was dominated by products made from wood, Christiansen was driven to experiment again by introducing toys made of a new disruptive material — plastics. Despite the scarcity of the immediate post-WWII years, he re-invested a full year’s profits into new machinery and tools, at first making traditional toys, then creating building blocks. By 1958, these evolved into today’s well known “binding” LEGO Bricks. Soon after, the company abandoned all wooden and other toys to double down on the LEGO Brick Toy Building System (“LEGO System in Play”).

Imagination feeds off the aspirations and aggravations that propel us to seek a better reality. When we lose hope and adopt a passive mindset, we cease to believe that we can meet our ideals or fix our problems. In statistics, Bayesian learning involves taking a belief about a statistical distribution (a “prior”) and updating it in the light of each new piece of information obtained. The outcome of the entire process can be determined by the initial belief. Pessimism can become a self-fulfilling prophesy.

As a leader, ask yourself whether you are giving people grounds for hope, imagination, and innovation, or whether you are using pessimistic or fatalistic language, which could create a downward spiral in organizational creativity. Dealing with real risks involves taking imaginative risks, which requires hope.

“Never in our lifetimes has the power of imagination been more important in defining our immediate future,” Jim Loree, CEO of Stanley Black & Decker, told us. “Leaders need to seize the opportunity to inspire and harness the imagination of their organizations during this challenging time.”

All crises contain the seeds of opportunity. Many businesses, struggling now, will likely find a second life during and after the crisis, if they can keep alive and harness their imaginations. Imagination may seem like a frivolous luxury in a crisis, but it is actually a necessity for building future success.

Martin Reeves is a senior partner and managing director in the San Francisco office of BCG and chairman of the BCG Henderson Institute, BCG’s think tank on management and strategy. He can be reached at reeves.martin@bcg.com.

Jack Fuller is a project manager at the BCG Henderson Institute. He is a Rhodes Scholar with a background in neuroscience and philosophical theology. He can be reached at fuller.jack@bcg.com.