Democracy tech will be the next hot investment space 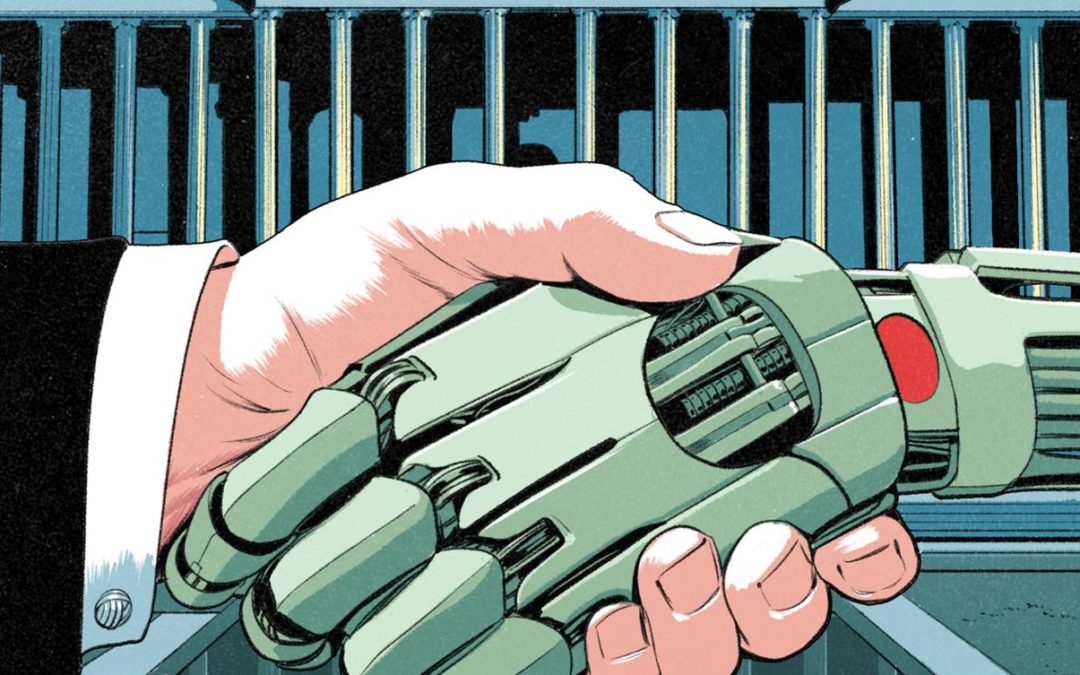 Perhaps the most relevant use of technology in building the social, economic & political world we will live in tomrrow including the city spaces, the infrastructure and services of municipalities will be to crerate robust and very easy to use 21st century interactive tools to to reinvigourate democracy.

Political parties seem increasingly irrelevant to the needs of citizens as framworks and channels to exercise democratic rights. With information on everything freely available on-line, the only question for citizens is to know what truths are genuine and exact. With that they will be empowered to vote on specific choices given to them rather that all-encompasing political programs

The vast majority of citizens are equiped with smart phones and use Apps daily. Creating a secure and esy-to-use way build engagement between gouvenment and citizens and to vote online via the smartphone on specific initiatives – national, regional or local – one-by-one may be the best way forward.

Democracy tech will be the next hot investment space

First came Silicon Valley, Alley and Roundabout. Now, democracy technology is getting a home too

In the winter of 2018, Emmanuel Macron hosted the inaugural Govtech Summit in the grand buildings of Paris City Hall. Justin Trudeau was the opening speaker, and he was followed by the Secretary General of the OECD and the vice president of the European Union. The audience of more than 1,000 people had travelled from 90 countries.

Such an august gathering suggests an established space. But, when chairing the opening panel, I asked the vast audience who among them had heard of govtech five years ago. No more than ten people raised their hands. When I asked who had been to a govtech conference before, even fewer hands were raised.

Entrepreneurs and investors have traditionally stayed away from government, seeing the public sector’s ways of working inimical to technology’s pace and agility. Investors have been particularly wary here, considering government too slow and difficult a customer.

The next question I put to the audience was addressed to the many investors in the room: who has done a govtech deal in the last year? Only three people raised their hands. This will change in 2020, with a rapid increase of investment into govtech, civic tech, regtech and public tech companies. The space is so young that the terminology is not yet fully baked. Govtech tends to mean companies selling to government. Its sibling, civic tech, helps citizens engage with their governments. And govtech’s cousin regtech enables businesses to comply with regulations. Public tech is a catch-all term, though govtech is sometimes used more broadly, too.

To understand why capital will flow to this space in 2020, we need to understand that this is about ways of delivering democracy – think online voting, candidate fundraising, citizen engagement. Just as importantly, it is about delivering on democracy – for example, efficient government, accessible citizen services, and pragmatic regulations.

In 2020, the mobilisation of capital behind democracy will be inevitable because of a confluence of fear and opportunity.
2015 saw Brexit kicking off a global series of divided and possibly manipulated votes. Since then, it has become alarmingly clear that with democracy, as with the climate, we have built our economy and society on a fragile pillar that we have treated as immutably stable.

Money as a solution might seem counterintuitive; we tend to think of a destructive relationship between money and democracy – corporate interests, influencing other countries’ elections, and fundraising squeezing governing time. But money spent rebuilding democracy’s reputation and ageing infrastructure is the opposite: constructive, urgently needed and demonstrably in the interests of businesses and wealthy families, which believe high-functioning democracies are good for their bottom line.

The investment opportunity takes the form of governments’ $8 trillion annual procurement budget, $400 billion of which is spent on technology alone. Historically, this gigantic market has been the provenance of of large companies with deep enough pockets to handle government tender marathons. This is changing. Millennials, the oldest of whom turn 40 in 2020, are now in high office in government. Digital and network natives, they are reshaping how governments work.

Governments including Canada, the UK, Poland and India are making their tender processes more startup-friendly, recognising the benefit to the economy and citizen services. And cloud technology means than a ten-person startup can deliver a service to millions of citizens. Meanwhile, with many of the low hanging fruit in consumer and enterprise taken, technology entrepreneurs and investors are starting to look at government with a gleam in their eye rather than an allergic rash. Talent is driving opportunity too: entrepreneurs look at the perilous state of government and want to help transform it, but not from the inside.

I have lived this shift. In 2015, when my co-founder, Lisa Witter, and I started working on Apolitical, a learning platform for government, most venture capitalists wouldn’t take a meeting with us. Today we get several emails a month from VCs wanting to “chat” because they’ve identified the govtech space as interesting. Leading funds like Andreessen Horowitz are doing govtech deals. Y Combinator issued a call this year for “government 2.0” startups. We’ve also seen rising interest from philanthropists in our non-profit arm, the Apolitical Academy, which runs non-partisan training for young people running for office.

Nothing spells significance in the digital world like a presence in the physical world. Think Silicon Valley, Alley, Roundabout for tech writ large. Now democracy technology is getting a home too. In the summer of 2019, Public, a govtech fund and the organisers of the Govtech Summit, launched Public Hall, a home for govtech companies in the heart of Westminster in London. In 2020, New York’s Civic Hall, a shared workspace civic-focused companies, will expand into a $250m development on Union Square for which it is the anchor tenant.

A decade ago, it was hard to imagine fintech startups taking on the giant banks. In 2020, public tech will reach that same tipping point, with an even bigger market and even higher stakes.

Robyn Scott is co-founder and CEO of Apolitical