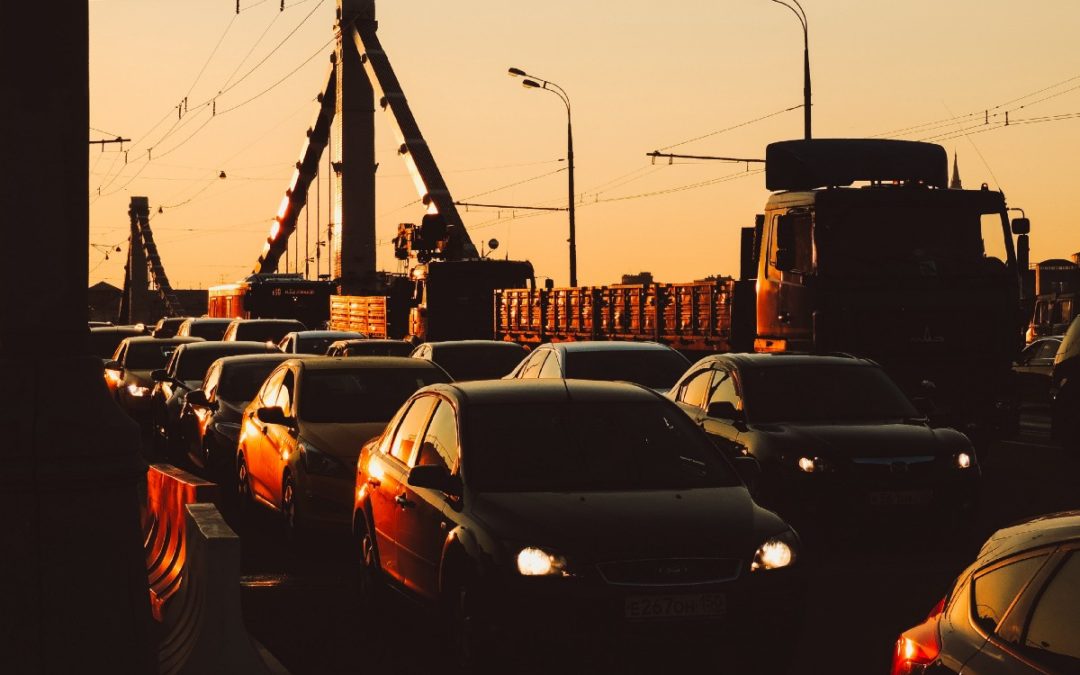 ↑  Photo by Max Titov on Unsplash

This article makes the point that privately-owned / single-occupant use of autonomous vehicles will NOT solve the traffic congestion problem.

Why Autonomous Vehicles per se Will Not Solve Traffic Congestion

The hype surrounding self-driving vehicles has reached a fever pitch. Numerous automakers have promised to launch their own semi-autonomous cars within the first half of the 2020s.

The early prototypes of these futuristic vehicles have been undergoing rigorous testing on public streets. Although a few pilots have resulted in disastrous accidents, autonomous vehicle (AV) manufacturers are not stopping at such roadblocks and instead are accelerating the technology’s advancement.

The automotive industry is sold on the notion that driverless cars, buses, and trucks are the answer to many of the world’s mobility problems. The massive amount of money invested in AV research and development over the years, which reached more than $4.2 billion in 2018, echoed that sentiment.

Analysts at Carsurance believe that AVs could reduce traffic-related fatalities by 90% and minimize public safety spending by $234 billion. When it comes to energy conservation and environmental protection, AVs could slash fuel consumption by 40% and shrink carbon emissions by up to 94% per mile.

These claims must be music to the ears of commuters, pedestrians, taxpayers, and environmentalists. However, it is important to clarify that AVs alone are no panacea.

One estimation says that they could save about 250 million hours per year of commuting time. But their addition to public roads would not remedy worsening traffic congestion in densely populated cities if not coordinated as shared fleets that move more people with fewer vehicles.

First of all, AVs can decongest the streets only when they manage to reduce the number of privately-owned vehicles on the road. Otherwise, they will just clog the major thoroughfares and add to traffic jams.

Let’s not forget that private vehicle ownership is not just about mobility. To motorheads, it is also about the joy of driving. For generations, car enthusiasts have spent their motoring lives behind the wheel to take pleasure from the freedom and flexibility of being in control.

Most, if not all, passionate drivers will unlikely be ready to give up their licenses by the age of vehicle autonomy starts. Many of them are still dealing with anxiety about the increasing ubiquity of electric vehicles. The advent of AVs will entail another set of adjustments for them.

For people used to being in the driver’s seat, entrusting the wheel to a computer that does not share the instincts that they have honed all of their lives can be a frightening proposition.

Transit network companies (TNCs) like to advertise themselves as part of the solution to the crippling traffic situations in urban areas. After all, they hope to discourage private car ownership and minimize the quantity of single-occupant vehicles.

Ironically, they have actually added to the problem.

So far, peer-to-peer TNCs such as Uber and Lyft have been luring commuters to give up public transit more than convincing private vehicle owners to leave their cars at home. If the growing use of TNCs continues to come at the expense of public transportation, the demand they generate will just aggravate gridlock in major cities.

Maximizing ridesharing and coordinating it with public transportation are paramount to lessening traffic congestion. One of the neat solutions is to use on-demand self-driving vehicles as a “last-mile” extension of mass transit.

Peer-to-peer ridesharing services also worsen traffic by moving around the streets empty while waiting for new passengers. That’s in part because these service providers don’t own vehicles and only pay drivers when a passenger is on board — those empty miles, called deadheading, don’t cost them anything. As long as deadheading does not affect the bottom line of TNCs, they have little incentive to reduce it. The authorities and TNCs should work together help prevent on-demand fleets from occupying roads with zero riders for lengthy periods

Like human-driven vehicles, AVs are not immune to deadheading. However, AVs are not likely to be deployed in peer-to-peer services but in fleets owned by public and private service providers. When an operator owns vehicles, deadheading becomes costly.

For operators that own their vehicles and/or pay drivers or safety drivers as employees, the challenge is to optimize vehicle occupancy and utilization while minimizing deadheading. This requires advanced dispatching, ride-matching and routing techniques to keep vehicles occupied as much as possible. Fleet orchestration platforms are available that constantly monitor supply and demand, match riders with vehicles for shared journeys, and support guaranteed ride times and wait times.

The number of car-sharing users is on the rise. By 2021, more than 86 million people worldwide will be joining the bandwagon. In the same year, ridesharing in electric vehicles is projected to become cheaper per mile than purchasing a brand-new vehicle by four to 10 times.

But then again, not all cultures are openly willing to share a ride with strangers. A recent study in Australia revealed that most commuters are not keen on ridesharing. This negative attitude could affect the country’s transition to AVs.

Change in commuter behavior matters if AVs are to be instrumental in decongesting roads. Considering that 200 shared vehicles (driverless or otherwise) could match the performance of 2,700 single-rider taxis, ridesharing is clearly the way to go.

Carpooling must become commonplace. This concept may be hard to embrace in countries traditionally dominated by lone commuters like the United States, but it is necessary to adopt the idea to see autonomous mobility services succeed in the long run.

For people who dread driving, the availability of “level 4” or “level 5” autonomous auto technology would be a godsend.

The conveniences of driverless commutes could entice private vehicle owners today to buy their own self-driving cars. Without the pains of maneuvering an automobile, paying close attention to other road users, and finding a parking spot, taking longer and/or more frequent trips could become inconveniently popular.

Again, AVs can ease traffic logjams only when shared by as many carpoolers as possible. If most self-driving vehicles occupy the streets for personal use, they will suffocate densely populated metros and do nothing to decrease vehicular volumes on public roads.

The rise of shared autonomous cars, buses, and trucks is an opportunity to improve the quality of commuting everywhere, especially in large and emerging cities.

Our leaders should learn from several policy mistakes over the last 100 years, such as allowing automobiles to pollute the air penalty-free and constructing motorways through urban neighborhoods.

We are already aware of the potential of driverless vehicles to worsen road congestion, as well as the promise they hold in alleviating traffic jams. Hopefully, governments of different jurisdictions will adopt sensible mobility service models to capitalize on AVs when they arrive.

Nikola Djurkovic
With in-depth knowledge of the inner workings of insurance policies and a passion for helping people understand the complex structures of insurance coverage, he is deservingly named the insurance guru at Carsurance.net.