The Benefits of Vulnerability for Leaders 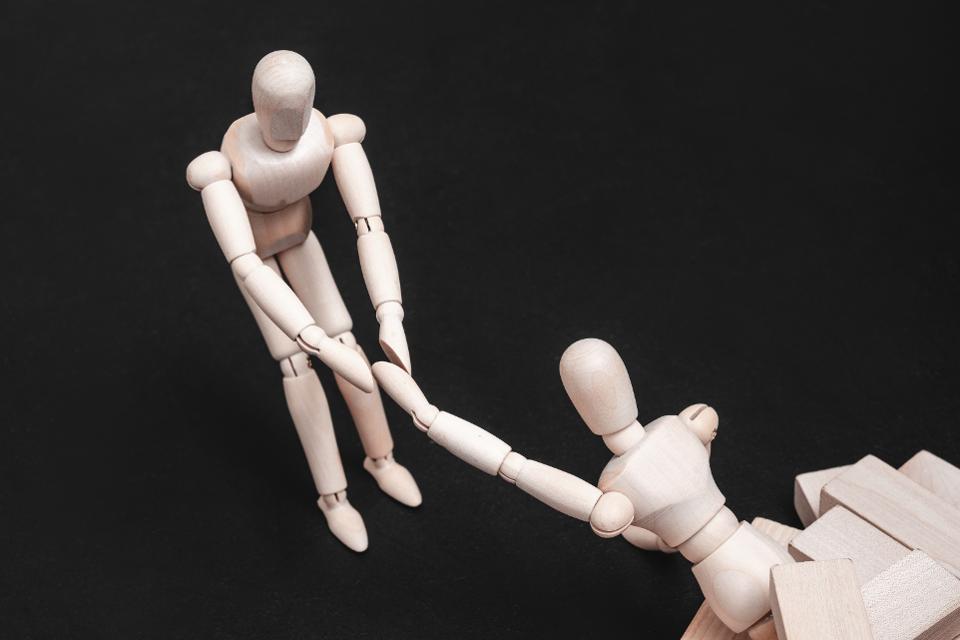 Unexpected insights here. It all boils down to the appreciation of authenticity and of openess.

When a boss who is appreciated and admired shares her/his challenges and goals an recognises her/his need for help to get there by subordinates / the team, this can be a huge motivator.

This Study Shows The Huge Benefits When Leaders Are Vulnerable

Being vulnerable can be terrifying for a leader. Derived from the Latin root vulnus, which means wound, vulnerable literally means being susceptible to attack or harm. And that sounds terrifying; who in their right mind would leave themselves open to harm?

But being vulnerable at work doesn’t require such severe measures. It just necessitates admitting that you’re not perfect, that the company isn’t perfect, and that other people may have better ideas.

Vulnerable is certainly not the mindset of the typical leader. Most leaders got promoted into their roles because they projected confidence and self-assuredness and a positive vision. And I’m not going to tell you that those are bad things.

But, as crazy as it sounds, there are huge benefits when people in positions of power (a.k.a. leaders) expose their imperfections, or at least admit that things are not entirely perfect.

When I first launched the study “The Risks of Ignoring Employee Feedback,” I had no idea how much employees love it when their bosses share the challenges they’re facing. I, like many putative leadership experts, figured that employees would be happiest hearing their leaders talk about successes; both theirs and the company’s.

After all, when you look through the typical company newsletter, website, internal communications, etc., the messages are almost always happy, upbeat and filled with success stories. Company communications rarely tell employees about the challenges and headwinds and competitive forces the company is facing.

Interestingly, when we broke out the data by level in the organization, executives were much more likely than individual contributors to believe their organization Always or Frequently openly shares the challenges facing it (49% vs. 31%). One possible interpretation of this finding is that executives are more comfortable being vulnerable with other executives than they are with frontline employees.

If, for example, I’m sitting in a meeting with other executives that have access to the same data I do about our declining market share, it doesn’t really benefit me to hide that information. The executives in that meeting already have the data, so I might as well be vulnerable and expose my weaknesses and share the challenge.

But now if you ask me, an executive, to discuss those same challenges in front of hundreds or thousands of people who (I believe) might not otherwise have known about them, that initially seems really scary. Of course, a deeper level of thinking would tell me that the people on the frontlines probably already know the challenges we’re facing and by denying or ignoring them, I just look clueless. And that’s the likely reason that employees are ten times more likely to think their company is great if their leaders are open about the challenges they face.

So where should leaders start? I’m not suggesting that you initiate self-flagellation in your staff meetings. But you could try asking your employees what they think are the challenges facing your company. You might be surprised by the accuracy of their answers. If they’ve nailed all the challenges that you’re aware of, then simply confirm their responses by saying something like, “That’s great insight and I would agree with everything you just said.”

And if your employees don’t fully understand all the challenges you face, then just add to their list. Tell them “You’ve identified a bunch of challenges, and I actually think we also face a few more…”

Smart employees find it deeply unsettling to follow a leader who refuses to acknowledge reality, especially when the reality is that there are big challenges on the horizon. It makes the leader appear clueless or insecure (or both) when everyone else can see the challenges that the leader refuses to admit.

The biggest takeaway from this exercise is likely that your employees already know many, if not most, of the challenges you face. So just confirm them by allowing yourself to be vulnerable and saying, ‘Yes, we have challenges.’ Feel safe in being vulnerable by remembering that if an employee believes their company openly shares the challenges facing it (i.e. that their leaders are vulnerable), that employee is about 10 times more likely to recommend it as a great employer.

I’m the founder of www.LeadershipIQ.com, a New York Times bestselling author and I teach the leadership course What Great Managers Do Differently I am the author of five books, including “Hundred Percenters: Challenge Your People to Give It Their All and They’ll Give You Even More.” Some of my research studies include “Are SMART Goals Dumb?,” “Why CEO’s Get Fired,” “Why New Hires Fail,” “High Performers Can Be Less Engaged,” and “Don’t Expect Layoff Survivors to Be Grateful.” I’ve lectured at The United Nations, Harvard Business School, Microsoft, Merck, MasterCard, Charles Schwab and Aflac, among others.