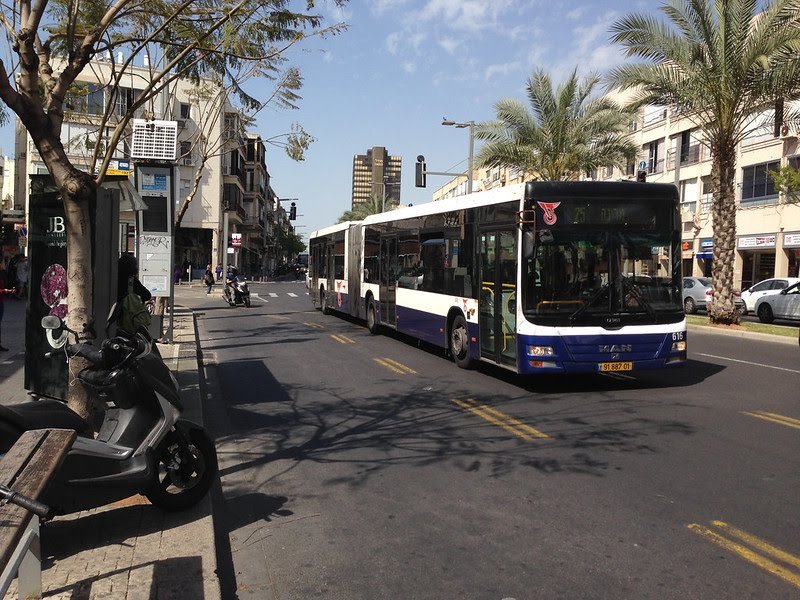 This looks like a very sensible experimentation. Bravo Tel Avi.

Tel Aviv to offer free public transport on a Saturday

Israel’s second largest city, Tel Aviv, will offer public transit on Saturdays for the first time after the city approved a 1.5-million shekel (US$430,000) budget for an intercity minibus service last week.

As current legislation stands, Israeli cities and towns are prohibited from operating and charging for public transport on Shabbat (the traditional Jewish day of rest), but some have managed to circumvent the law by providing transport for free.

The proposed free service will initially run for one year, with a view to extend it if there is sufficient demand.

Meital Lehavi, Deputy Mayor of Transportation for Tel Aviv-Yafo told Cities Today: “You can’t charge for public transport on the bus [on Shabbat] unless you have special permission from the government, so we will initially provide this [service] for free.”

The city plans to introduce some form of payment for the service, but a proposal has yet to be finalised. A handful of Israeli cities and residents have adapted to the public transport ban using other loopholes.

In Jerusalem, a non-profit collective formed by residents operates its ‘Shabus’ minibus service on Saturdays, where passengers pay an annual or quarterly membership fee instead of paying on the bus itself. While not run by the city, it uses public transport routes and provides a similar service.

“When we talk about public transportation on Shabbat, we’re actually talking about justice,” added Lehavi. “We’re talking about saving people’s lives by preventing car accidents and doing what’s best for the environment. If we really want to reduce congestion and move people away from their cars, then public transport should work twenty-four-seven.”

Israeli cities suffer from some of the worst road congestion in the developed world. An OECD report published in March 2018 found the country has an ‘infrastructure deficit’ with regards to public transport, which causes “significant traffic and poor air quality”.

Among other solutions, the OECD recommended taxing transport in private cars instead of taxing car purchases, and launching toll lanes on public roads.

Tel Aviv’s public transit is heavily reliant on bus services, but the city is currently constructing a light rail metro which is due to be completed by October 2021.

“We’ve invested a lot of money in railways and the metro, if it doesn’t work on Shabbat it wont encourage people to switch from their car to public transport,” said Lehavi.

The new service is set to commence by the end of November.