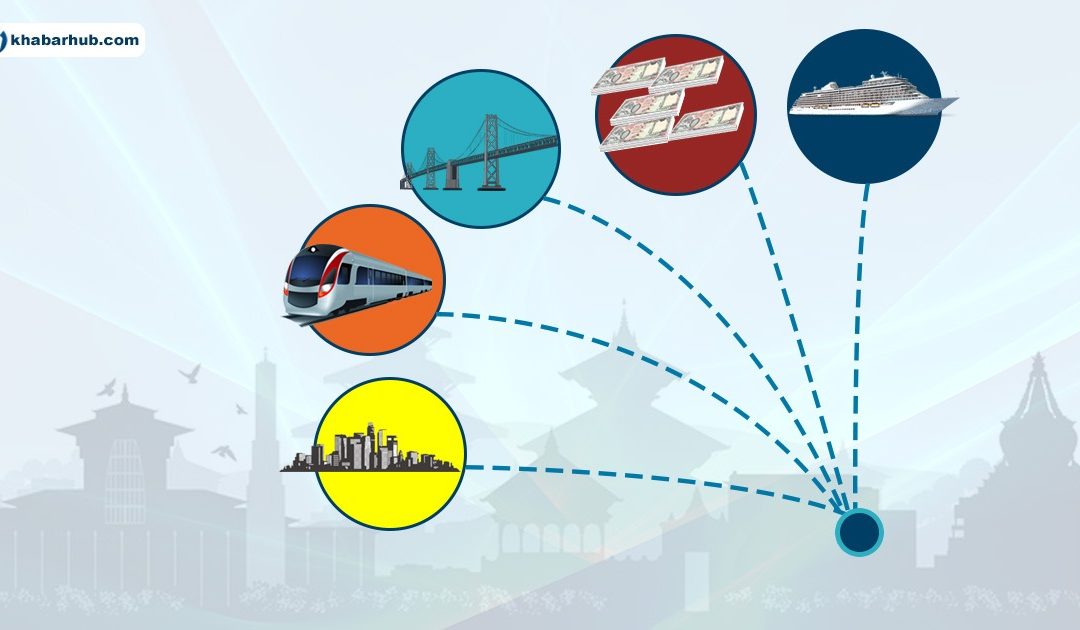 This is an unexpected location for Smart City developments. Read below to understand that this looks like a very serious and well planned undertaking. Goes to show that our expectations need to be revisted 🙂

Kathmandu Valley to get four smart cities in five years

KATHMANDU: Kathmandu Valley Development Authority has planned to improve upon the existing urban space into four ‘smart cities’ and moving fast to make it a reality on the ground level.

The Authority is all geared up to turn the capital city of Nepal into a smart city of international standard full of modern facilities and other amenities to give a high-class experience to city dwellers, visitors and tourists.

The blueprint for constructing smart cities in the Kathmandu Valley is ready. The DPR (Detailed Project Report) of building a smart city in Bhaktapur was already prepared last year and the DPR for the other two cities has also been completed in the first month of the current financial year.

The Authority is still waiting for the fourth DPR to be completed for transforming the look of Kathmandu into a smart city. After all the four DPRs are presented to the Authority, the ‘Project Management Committee’ will be formed to start work on the ground, says Bhaikaji Tiwari, the commissioner of Authority.

All the four DPRs will be presented to the Council of Ministers and after receiving the approval from there, all the necessary finances will be tapped for successfully completing the project of smart cities, continues Tiwari by adding further, “I am sure that all the four cities will be transformed into smart ones with all the modern infrastructure at the base once the work starts on the project.”

For the project of smart city, the Government of Nepal in the fiscal year 2075/076 BS had allocated Rs 180 million out of which Rs 120 million was given out to Bhaktapur city project and the rest Rs 60 million was distributed among the other three proposed smart cities equally with Rs 20 million to each of the three city projects within the valley.

This is how Kathmandu smart city project got to receive Rs 20 million from the allocated federal budget of Rs 180 million. As per the decision taken by Kathmandu Valley Development Committee on Baisakh 24, 2074, the demarcated land areas have been kept aside for laying the foundation of the infrastructure of proposed four smart cities.

The DPR preparation of Kathmandu-Ishaan is being prepared by HelEnCo Architect JV and JJ Associates. At present, the study is on and most probably, the final DPR will come in the Nepali month of Mangsir (16 October – 15 November), according to Tiwari.

Ishhan-Kathmandu is spread over the area of 100000 ropani (1 ropani = 508.74 sq m = 16 anna = 5476 sq. ft.). This one is the biggest smart city among the other three proposed smart cities, Tiwari adds. The construction is already on in North-East direction of Ishaan-Kathmandu, which spans from Bhaktapur in the east to Telkot Bhanjyang of Nagarkot.

Similarly, it spreads to Jorpati Cricket Ground crossing through Mulpani Gothatar and Manohara Bridge of Bhaktapur in the west. Towards the north, it connects to a road leading to Sankhu Bazaar.

Kathmandu-Agneya is the second smart city of the Kathmandu valley, the DPR of which was prepared by the company called MRC Nest/ADE. The proposed city will cover the land area of 10,000 ropani.

The city will spread from Surya-Binayak Chowk situated on Arniko Highway to the lower inclination of the exit road in front of Surya-Binayak temple. In the west direction, it covers many major points such as Khahare Khola Balkot Biruwa Road, Pani Tanki (water tank), Balkot Amarnagar and goes up to Araniko Rajmarg.

The DPR of the third smart city Kathmandu-Nairitya was prepared by the company called ‘TEAC Full-Bright Giocom JV’ and the company has already submitted the DPR report.  Nairitya smart city has been planned to spread over 10,000 ropani land area. The city in the east will span over to touch border of Chhiyasi-kot and move ahead to sting Pharsidol, Jholunge Bridge of Bagmati River while in the south it will reach up to Bagmati River.

The fourth smart city project Kathmandu-Uttar which is spread over in the land-area of 10,000 ropani incorporates landmarks like Samakhushi, Tokha road, Kabhre-sthali, Sapanatirtha, Greenland chok and others. The DPR of this smart city has already been completed.

A smart city is better equipped with information and communication technologies (ICT) to improve upon the quality and performance of urban services such as energy, transportation and utilities in order to reduce resource consumption, wastage and overall costs.

The primary aim of a smart city is to provide much more enhanced quality of living for its citizens through the application of smart technology. There can be numerous numbers of technologies which are used in a smart city and there is no end of it because a range of technology goes on improving with the passage of time.

The application of a wide variety of digital and electronic technologies to the city and its communities also bring challenges for city dwellers as they need to learn how to conduct themselves while being in the city. A smart city will have much better town planning where open spaces for children park, sports and games and public parks will get priority with intelligent solutions to climate change, online retaining, digital payment, online ticket booking for buses, rails and planes, online bill payment and banking etc.

All the important services will be just a click away – be it public or private.  All the areas in the city for different purposes will be duly designed and designated like residential, business, industrial, hospitals, schools, open spaces etc.