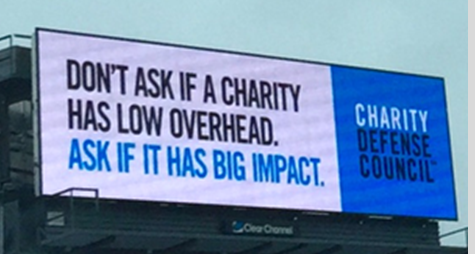 This article illustrates some of the transformations underway in the NGO sector focusing on greater transparency and fair cost recovery.

This week marked a major milestone in our sector’s long campaign for cost transparency and cost recovery. The Department for International Development (DFID) shared its finalised guidance and budget templates for grants, which were co-created with a CSO working group involving Humentum, Bond UK, CARE International, Farm Africa, Railway Children, Restless Development and Save the Children UK. And not only that. With Norwegian Refugee Council and a global group of NGOs we launched the new Money Where it Counts Protocol. This Protocol will harmonise cost classification, budgeting and financial reporting for grants, which will drive transparency and save millions of wasted person hours across our sector. I spoke about what this means for us in our opening remarks at the Humentum Finance Directors’ Seminar on 5 June. This is what I said, or you can watch or listen to the 10 minute video I posted at https://www.linkedin.com/feed/update/urn:li:activity:6542645262123311104

“Achieving cost transparency and fair cost recovery is core to why we created Humentum. It’s part of why we exist and was part of the DNA of our predecessor organisations.

Fair cost recovery had been a long-running campaign of Mango’s pre-merger, which helped build our excellent partnership with Bond. And it was one of the first issues we raised when we created the finance and funding dialogue mechanism with DFID and Bond, which has met regularly for the last 5 years and led to the great collaboration we have had with DFID in co-creating their new cost transparency approach, guidance and templates. DFID, Humentum, Bond, and the wonderful members of our Cost Transparency Working Group from Care, Farm Africa, Railway Children, Restless Development and Save the Children can be justifiably proud of not just the outputs of a 2-year development process, but of the collaborative and constructive nature of the process itself.

Cost recovery was also a long-running campaign for InsideNGO, who carried out the first indirect cost survey among its members as an advocacy tool with key US Foundations over a decade ago. Mango copied this approach with Bond in Europe to build the evidence base that was key to convincing DFID to change its approach during the Civil Society Partnership Review some 5 years ago.

So why do we care so much about cost transparency and fair cost recovery?

Many donors still probably think it is mainly about self-interest and self-preservation for NGOs. Bridgspan, who Humentum has collaborated with on the True Cost Project with 5 major US Foundations, coined the phrase “starvation cycle.” They have gathered evidence on how inadequate cost recovery starves organizations of sufficient investment in their core capabilities to be effective, which also prevents them reaching scale and reduces potential impact. Humentum’s own mission is to help our sector demonstrate operational excellence in the 4 core capabilities of: financial management; compliance and risk; program management; HR and learning. So the self-interest we are talking about here is not about the money – but about having the core capabilities necessary to be effective in the tough environments in which we work. And it is a matter of self-preservation. Not-for-profits that scale without adequate cost recovery suffer the equivalent of over-trading that creates many insolvencies in the private sector. Merlin’s cash-flow crisis that led to the merger with Save the Children was a high profile example, but there are many more examples of smaller innovative organisations on the cusp of success, that instead are forced out of business or denied the opportunity to scale. Donors that don’t give fair cost recovery are therefore a big barrier to organisations’ effectiveness and the ability of the whole sector to innovate and scale.

So fairness isn’t only a moral issue, its essential for effectiveness. And diversity. One of the other consequences of current donor practices around cost recovery is that they favour large established organisations with well-known brands and the strong public fundraising needed to plug the funding gaps in what donors provide. We need a diverse sector to stimulate innovation and enable specialism to be developed and nurtured. We need more money getting more directly into the hands of the smaller national organisations that are working as part of the communities they serve. Current cost recovery practices make it particularly hard for organisations that cannot invest in, or don’t have access to public fundraising. Some unwise politicians are fond of saying there are too many charities. But you can’t have too many charities given the needs across our world, and the millions of people that are inspired to organize to meet those needs. But those politicians are right that you can only have a very small number of big charity brands.

Furthermore, the big public fundraising organisations won’t suffer as part of this change. These are great organisations, and I personally love my former employers like Christian Aid and Save the Children that play such an important part in civil society in the countries where they fundraise, as well as helping millions around the world. They too will be able to invest more of their ordinary donors’ money in the change those donors wanted when they gave. That will close a dangerous expectations gap that our increasing financial transparency risks exposing, and could lead to even more declines in public trust for our sector.

As you can tell, we are pretty excited about where our campaign has got to. And what we are even more excited about today, is not just the roll-out by DFID of its new approach to cost transparency, but Humentum’s partnership with the Norwegian Refugee Council (“NRC”) and other leading humanitarian agencies on the new Money Where it Counts Protocol we have developed together. This protocol will enable donors and NGOs to pilot new harmonized approaches to cost transparency and cost recovery in our toughest humanitarian settings. It is the most tangible opportunity we have seen yet to living up to the rhetoric about “Less Paper more Aid” that came out of the Grand Bargain agreed at the World Humanitarian Summit in 2015. The Boston Consulting Group have worked with NRC to show that the work involved in navigating the complex, duplicative and sometimes conflicting requirements of multiple donors is wasting millions of person hours across our sector. We can change that and put all that time and money into saving lives instead.

This is what fires us up at Humentum about campaigning for donor harmonization and full cost recovery. The human momentum that powers Humentum comes from our practitioner networks. Finance folk like us in this room. HR managers trying to create cultures that get the best out or their people and safeguard them from harm. People used to call us “back-office”. But the thing about operations staff in our sector, is that we care way too much about the mission to be kept in a back-office.

I was ‘radicalized’ around cost recovery by Eric Walker, who was a co-founder of InsideNGO and Finance Director in the global health sector for many years. The global health sector is a microcosm of the challenge that cost recovery creates for growth. Global health NGOs grew fast as they tackled the Global HIV/AIDs crisis and other public health issues. Eric was the finance person in front of a computer trying to make the numbers work. Funding was growing and growing from the Global Fund for HIV and AIDS with its strict overhead cap. More grants kept coming from the Gates Foundation who would pay for research but not provide capital for facilities. CEOs and Boards love growth – but a big black hole was opening up in the sector’s finances. Eric had to take that really hard choice to start convincing CEOs, Boards and those Country Directors clamouring for more money to save more lives – to start saying NO. NO to the big funders that had helped the sector grow so much. NO to Gates unless they also paid for the clinics where their research was being done. NO to the Country teams that were using that money to save thousands of lives. Because if they didn’t say NO, then the sector might damage its capacity and even see some organisations going bust – and then even more lives might be lost.

Eric learned the hard way and then used the power of practitioner networks to spread the learning and galvanise the campaign, which we here today have joined. We are not back-office people. We are here to make sure our organisations have the capabilities to make a lasting impact. And by working together as networks of practitioners globally, we can change the rules and arcane systems, that are stopping us saving millions of lives. These are preventable deaths. We are so glad donors and NGOs are coming together to change this and create simpler harmonized rules that will create a fairer and more inclusive sector that can really step up to tackle the global crises we face in the decade ahead.”